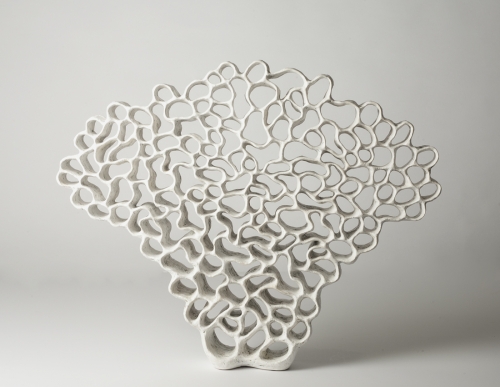 Barbro Åberg was born in 1958 in northern Sweden. As a child she spent hours alone on the rocky coast of the Gulf of Bothnia—the textures and forms would stick with her for a lifetime.

In 1979, Åberg moved Oregon City and enrolled at Clackamas Community College. It was here that she discovered her passion for ceramics. The atmosphere was electric. American ceramists of the period, as she says, “had a very different approach. There were no limitations and there was a great sense of freedom. You could do what you liked. The Danish approach is very analytical.” Her work, ever after, has sought to reconcile these two extremes.

In 1983, Åberg returned to Scandinavia to attend art school in Sweden and three years later to Denmark to study at the Designskolen Kolding. The school was less conservative in its discipline than others in the region, and she was encouraged to experiment with slab-built shells & earthenware. Soon, however, she found even this experimentation too conventional, the techniques she derived inadequate to giving her concepts physical form.

Two encounters early in the 1990s changed everything for Åberg. In 1990, she was introduced to Bob Shay’s innovative use of perlite, a volcanic substance he added to clay in order to achieve more control over form; and in 1994, to Rosette Gault's use of paper fibers in clay, which allowed for more control yet. By wielding these groundbreaking techniques in unison, Åberg was finally able to achieve execute her conceptions. As Åberg says, "It felt familiar—a feeling of coming home. It just seemed right. The material fit my ideas and all the things that I had wanted to express. Processes that had caused me great problems were all of a sudden made possible.”

Once able to work instinctually Åberg developed the aesthetic for which she is well-known today. Her works, largely in black and white, play on the traditional Danish form of the vessel, morphing it into something purely sculptural, even playfully non-utilitarian. Rough surfaces inspired by geology are set in contrast to a refined elegance—new shapes inspired by fossils, old bones, or coral, forms full of light, negative space, and a tensile strength, made possible by the perlite and paper in her clay. 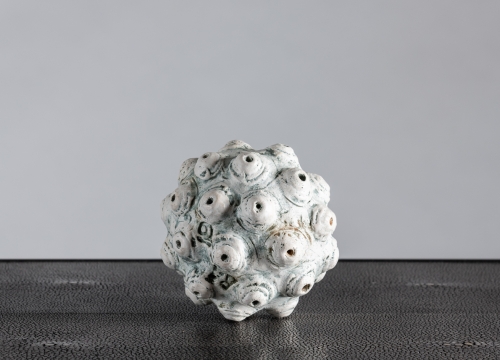 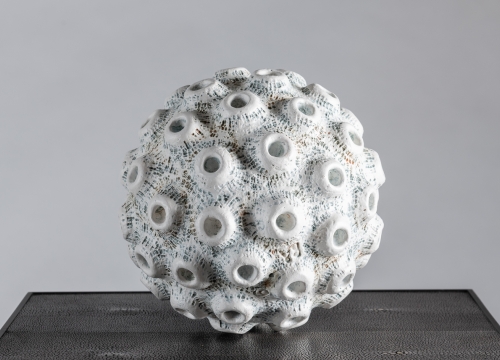 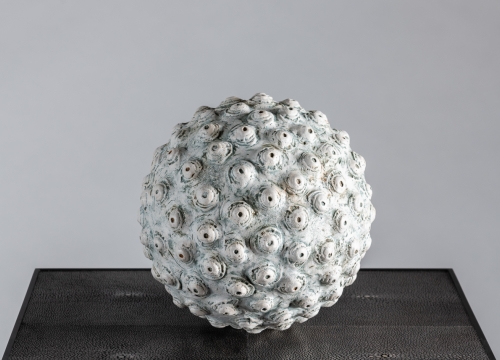 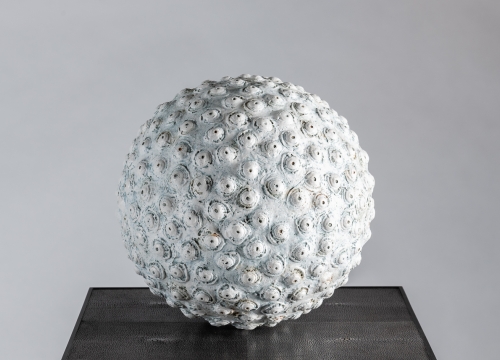 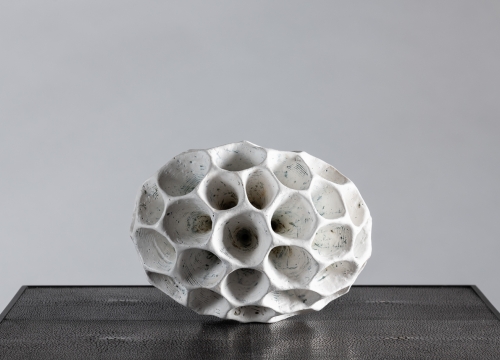 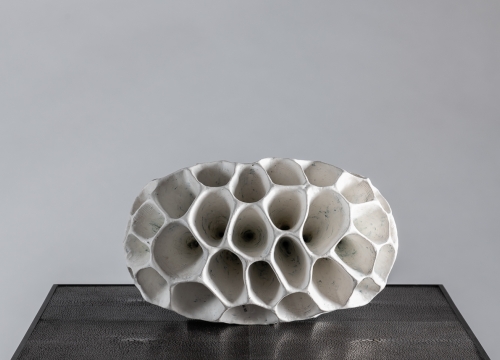 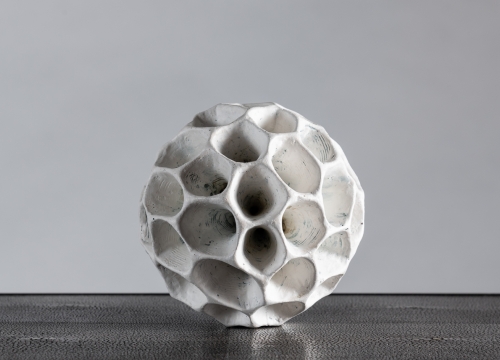 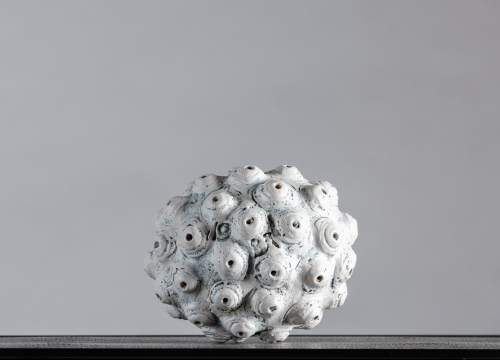 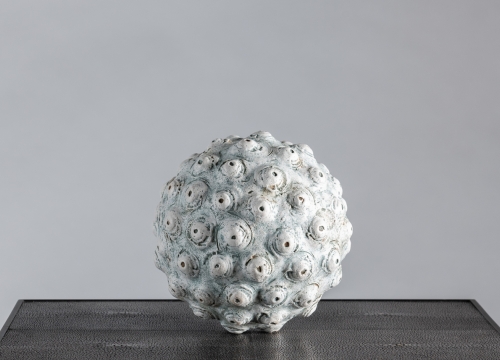 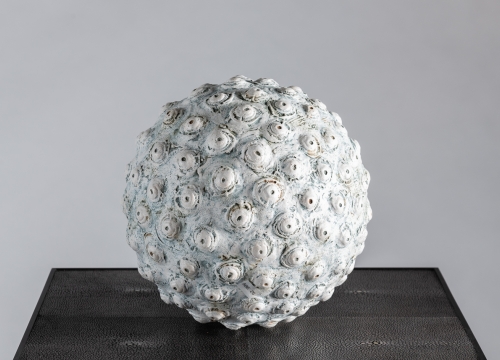 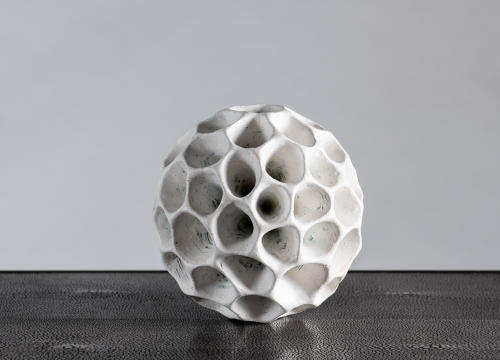 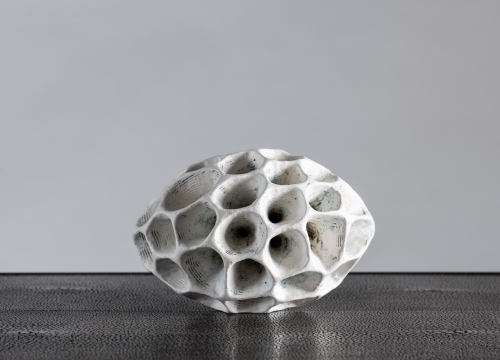 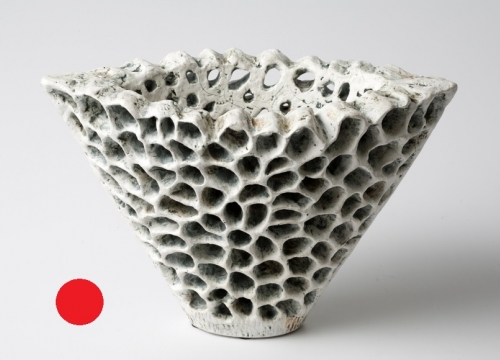 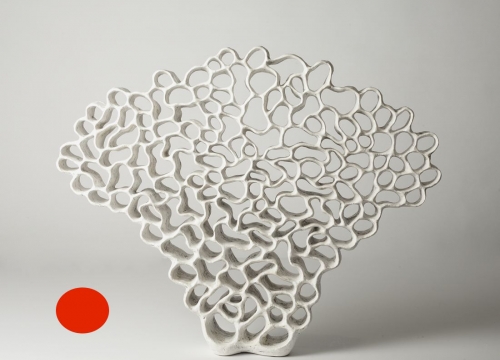 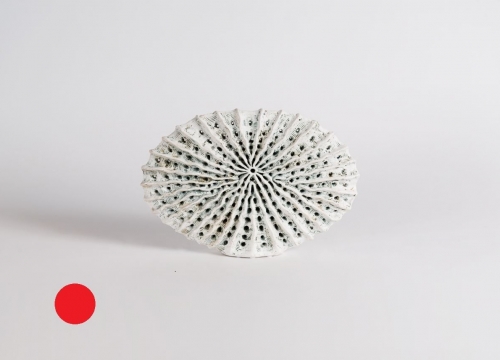 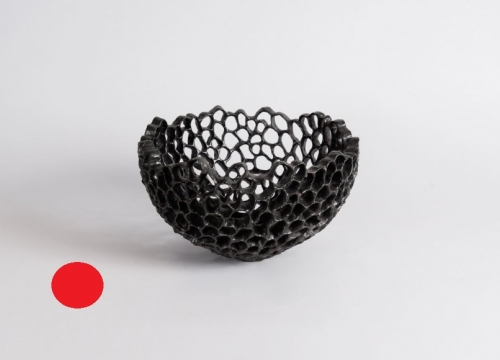 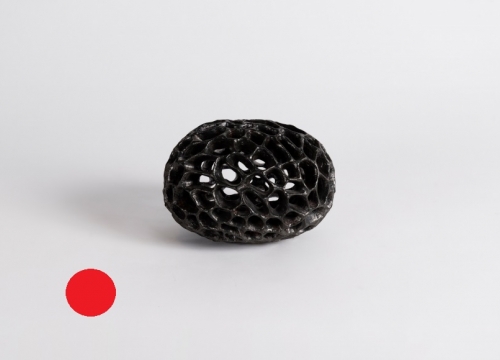 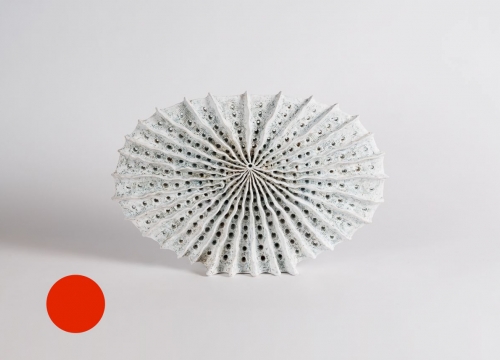 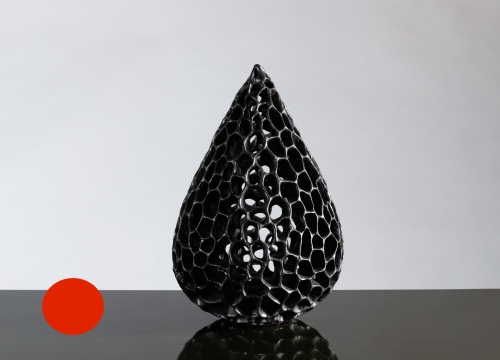 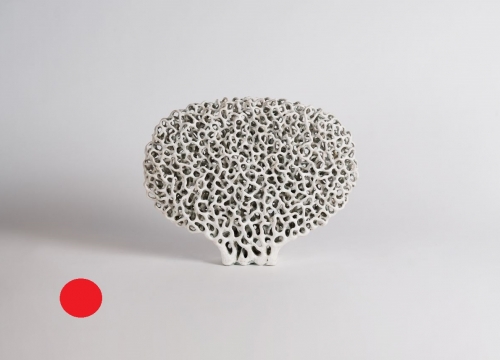