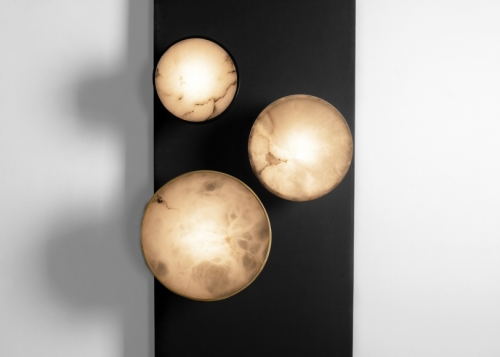 What better setting than the Camondo School to orchestrate the meeting of two passionate decorative arts’ lovers? Guillaume Garnier and Florent Linker formed a duo in their first year at the architecture and design school in Paris, where they received an all-round education that would prove decisive for their future careers. Decorative arts culture aside, they developed related passions for materials and crafts as well as a certain French art de vivre that is cultivated, precious and rigorous, in the tradition of Pierre Chareau and Jean-Michel Frank. Their other source of inspiration is sculpture for materials work, and a quest for effects on pure forms.

After leaving Camondo, they made their mark at India Madhavi and Studio KO before meeting craftsmen with whom they collaborated on a collection of lighting fixtures: Bespoke and small-scale unique pieces.

Marble sculptors, cabinetmakers, bronze makers, plasterers, and glassmakers... A love for well- made objects is what drives Guillaume and Florent in their collaboration with high-caliber craftsmen recruited from all over France. All are involved in finalizing the projects developed in their Paris-based workshop, following a unique process in which Garnier & Linker systematically produce scaled models in wax, plaster, earth, wood, or resin before the final manufacturing stage. This stage ensures complete control of the final object and allows for creative freedom in their projects until the very last instance.

In their light fixtures, Garnier & Linker take infinite pleasure in revealing rare, living, mineral materials: Alabaster, travertine, lost-wax cast glass, bronze, plaster and many more. Every year, they exhibit these creations on the fringes of the PAD Paris fair. This year, though, they headed to Milan and its Salone Internazionale del Mobile, where they presented their Kitayama collection, Japanese cedar furniture.

With their age-old and functional creations, Garnier & Linker's work is especially aimed at a clientele of architects and decorators (Studio KO, Pierre Yovanovitch...) who appreciate their style, etched in the history of decorative arts and ready for interaction with the interiors they develop. 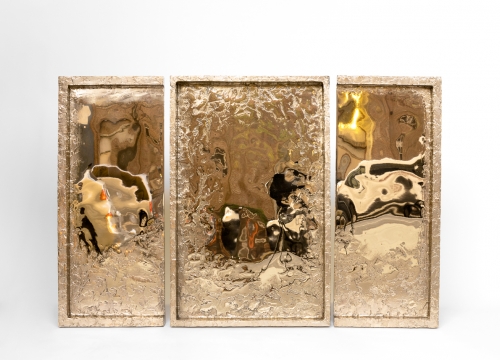 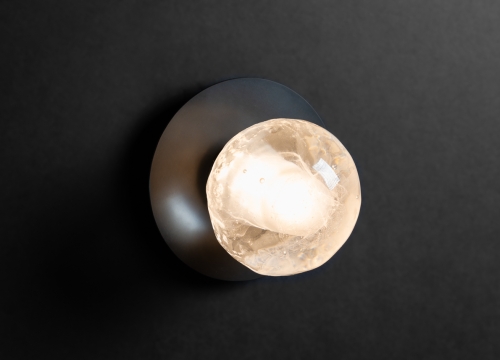 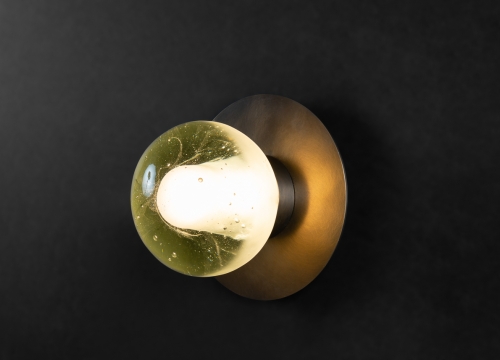 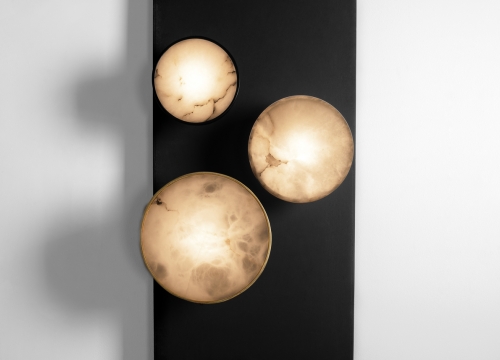 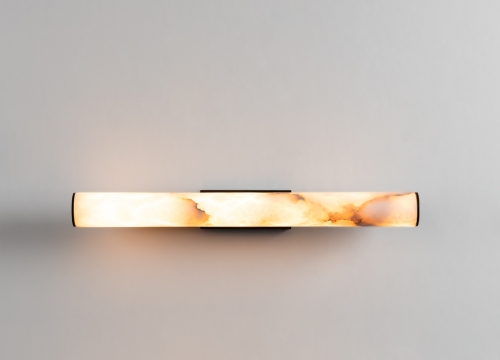 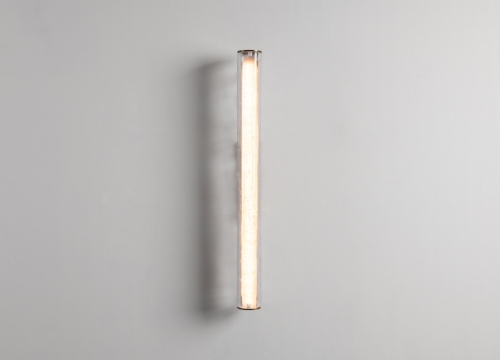