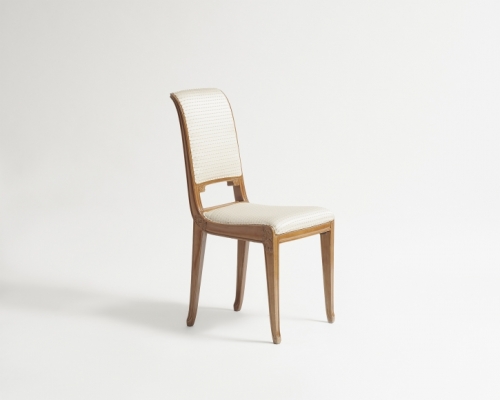 Léon Jallot (1874­1967), a scion of the French Art Nouveau, stood out within the movement as an ébéniste, or cabinet maker. Beginning his furniture making career in his teens, Jallot would move on to managing the furniture workshop of designer Siegfried Bing from 1898 to 1901. His time there exposed him to Bing’s designs for La Maison de l’Art Nouveau, and thereafter he launched his own creative career.

Jallot hailed from Nantes and trained at the prestigious École des Beaux­Arts in Paris. He differed from other designers of the age in that he had the technical skills to directly execute his designs through sculpting and wood engraving. A traditionalist in an age of Modernism, Jallot took his inspiration from French design of the eighteenth and nineteenth centuries, favoring ornate veneers of cherry wood.

Jallot brought his son Maurice into the trade in 1921. At the 1925 Paris Exposition, together they exhibited several commissions for clients such as the Hôtel du Collectioneur, Ambassade Française, La Société Noel, La Maison Bretagne, and Gouffe Jeune. This father­son outfit soon began to move away from Jallot’s traditional materials toward stainless steel and styles such as reversible tops.

In addition to his technical creations, Jallot was a designer of printed papers and textiles for interior spaces, including upholstery for his furniture. 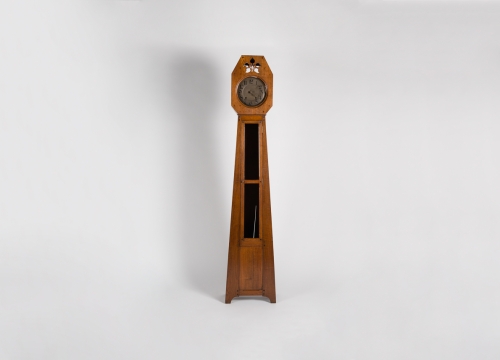 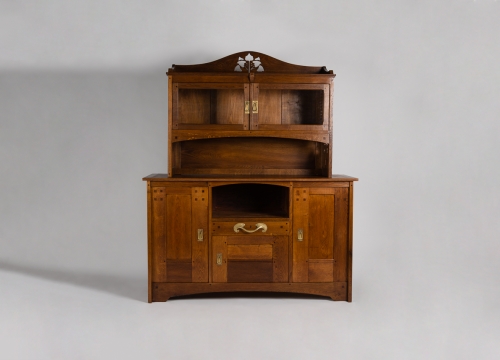 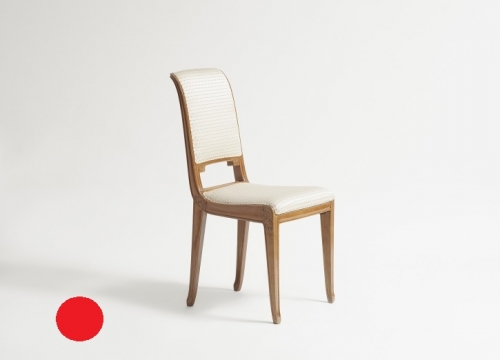 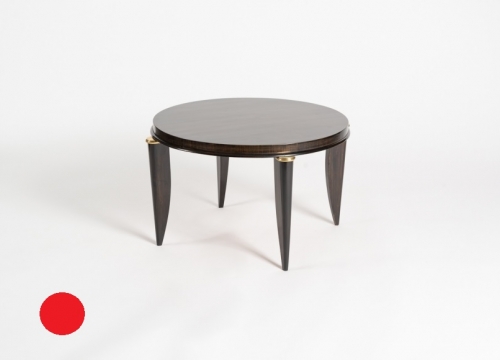 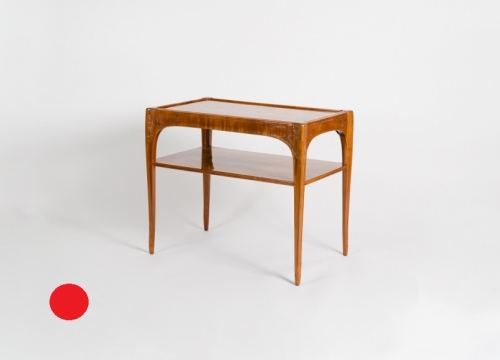 Léon Jallot
Art Nouveau Two-Tier Side Table France, circa 1912 JAL 08
Back To Top