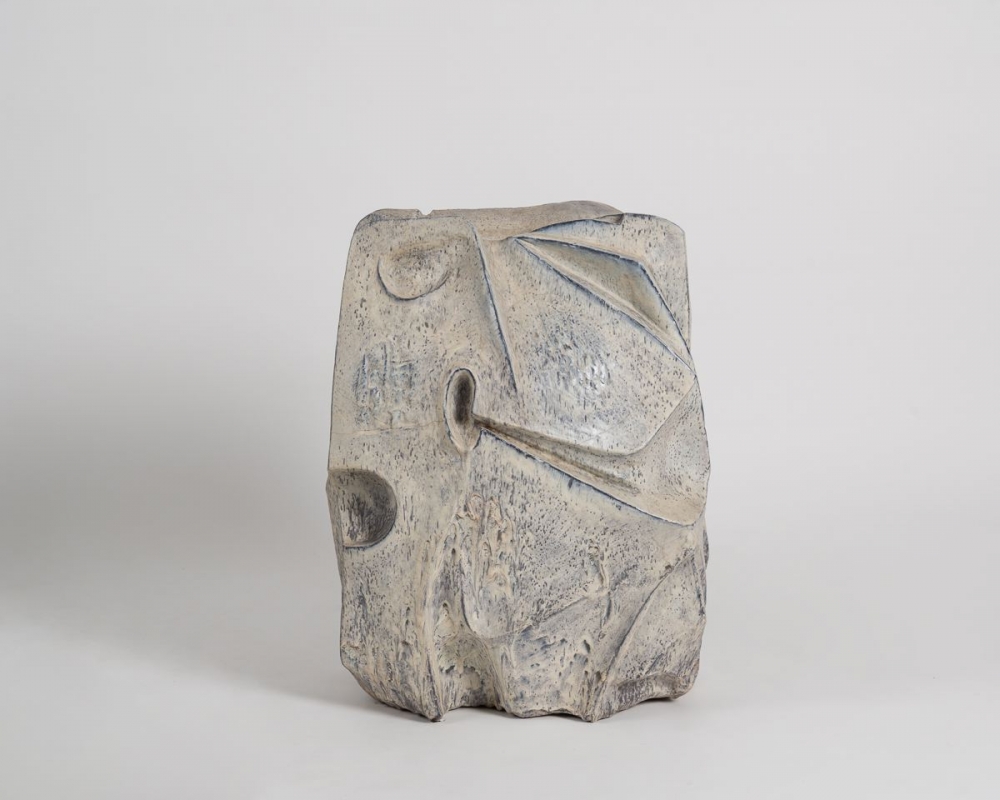 Few personalities in the realm of postwar fine art sculpture have been as influential as that of Marcello Fantoni. Defying his humble beginnings with simple ceramics, Fantoni was able to push the practice and the medium into the sphere of the serious with his mastery of technique and his wholly unique abstract style. In dialog with the major artistic movements of his time, Fantoni raised the profile of Italian ceramics while laying the groundwork for its continued prestige.

Born in Florence in 1915, Fantoni started on the artistic path at an extremely young age. In 1927 at age 12, he entered the Instituto d’Arte Porta Romana. While there he studied under the giants of Italian sculpture of the time, including Carlo Guerrini, Libero Andreotti, and Bruno Innocenti, with Gianni Vagnetti as his drawing instructor. Graduating in 1934 as a “maestro,” Fantoni set out on his own as a professional ceramicist.

In 1936, having served for a while as artistic director of a ceramics factory in Perugia, Fantoni established his own Fantoni Ceramic Studio in his home city. He debuted the output of his new studio in 1937 at the Florentine Arts and Crafts Exhibit to much acclaim, earning himself a reputation which would endure up to and after the devastating Second World War. After the cessation of hostilities (in which he participated as a member of the Italian Resistance), Fantoni’s production increased exponentially. This was due to Italy’s dire need to recover economically and the hunger abroad (particularly in the United States) for strikingly modern midcentury design.

From the 1950s through to the 1970s, a steady stream of artistic material and sculpture emerged from Fantoni’s studio. He employed students and artisans who would also later make names for themselves as independent artists, just as he did. His designs and their creations marched to the same beat of the midcentury movement which was sweeping European design at the time. But Fantoni’s personal sculptures in particular exhibit something different—influences as far ranging as Cubism to early Etruscan pottery.

Taking his cue from his intimate knowledge of modern painting (particularly Primitivism and, as mentioned, Cubism) Fantoni was able to play with form and line in a way which was elusive to other ceramicists. The Cubists inspired block and vase sculptures, for example, resemble rocks on a hill while also retaining their abstract form. His painterly approach allowed Fantoni to develop glazes for his ceramics which emphasized color highlighting of the three-dimensional form.

With his storied legacy, Fantoni is well represented both in the private market and public collections. His work can be found in institutions as varied as the Metropolitan Museum of Art, the Museum of Fine Art Boston, the Victoria and Albert Museum, the Royal Scottish Museum of Edinburgh, the Museum of Modern Art in Tokyo, and in his native land the International Museum of Ceramics in Faenza, the National Bargello Museum, and the Gabinetto Disegni e Stampe at the Uffizi in Florence. 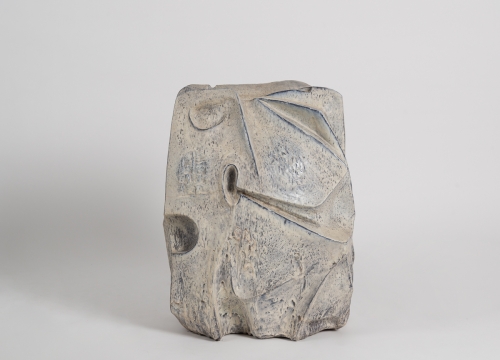 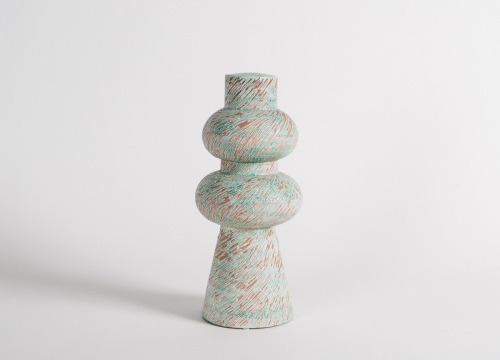