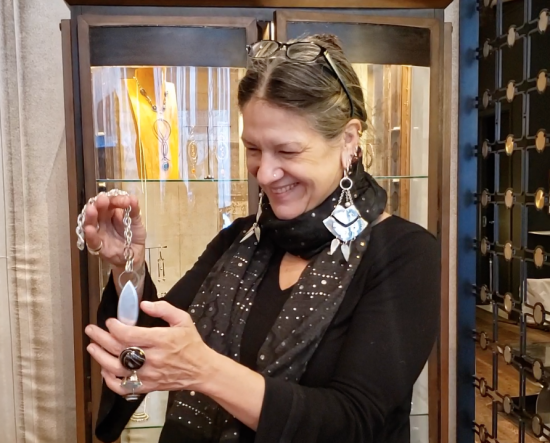 Audrey Werner’s work has come to be characterized, in part, by contrasts – between precious and non-precious materials, as well between aesthetic elements of her manifold influences. Inspired by an eclectic range of styles and periods, her work often, as she says, possesses something tribal, but with “an industrial twist.” All of her work, however delicate, is nonetheless bold – though she loves, and frequently creates large pieces, what’s all-important to Werner is that her works stand out.

Her goal in her decades-old practice has always been to work closely with clients in the creation one-of-a-kind, custom pieces. Her work has been worn in music videos and magazine covers by the likes of Britney Spears, Jennifer Lopez, and Shakira. Other notable clients include Madonna, Drew Barrymore, Janet Jackson, and Marilyn Manson. Her work has been featured on the covers of Rolling Stone and New York Magazine, and has been included in Elle, Harper's Bazaar, W, and WWD, among others.

Audrey came in to the gallery to discuss her work, now featured in Maison Gerard's retrospective, Audrey Werner: 30 Years of Adornment.