This midcentury, polished light oak dresser by the celebrated French designer Robert Guillerme, was created as part of a line of design he produced for the company Votre Maison. With three drawers, rounded handles, and an inset tile top. 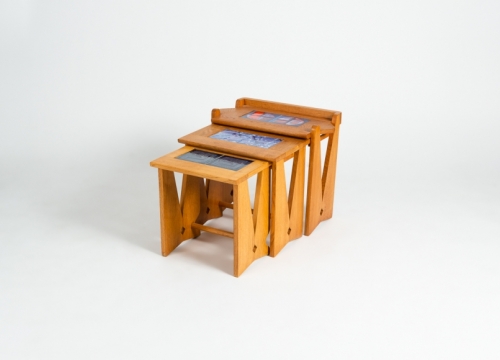 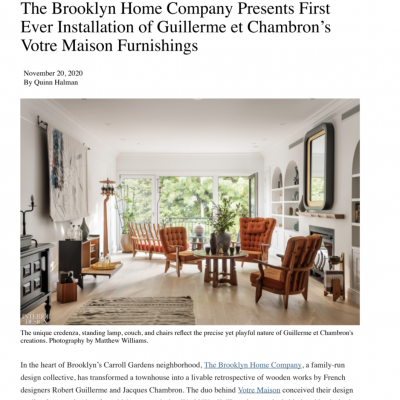