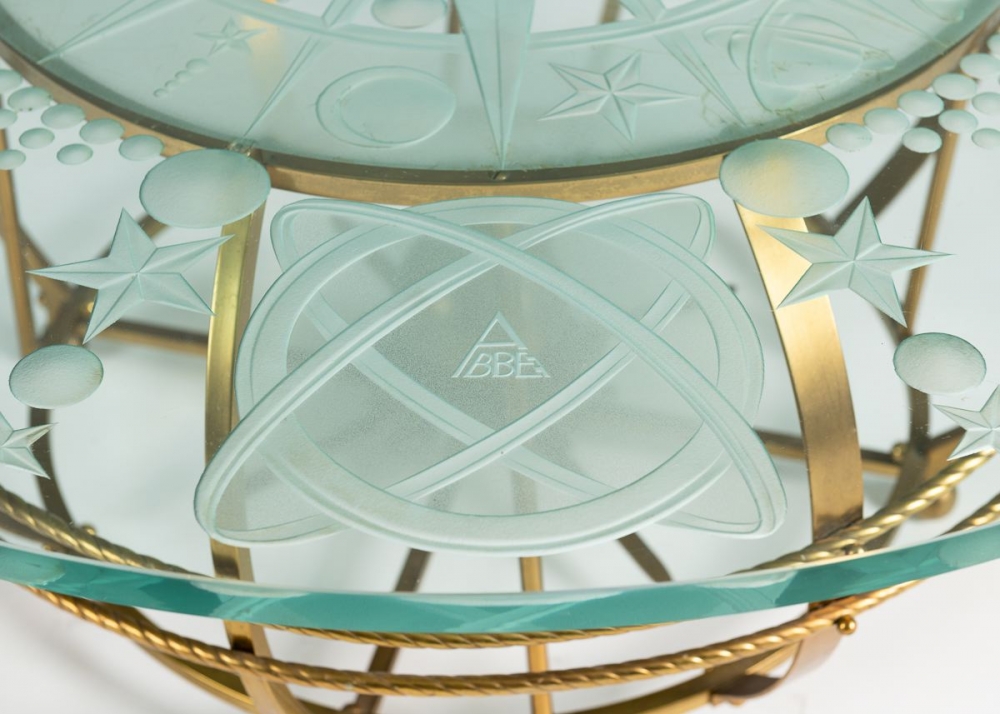 Dennis Abbe, born in 1941, was a celebrated interior designer and renowned glass artist who consistently sought an integration of art, design, and craftsmanship.

He studied at the Art Institute in Chicago and the Art Center School in Los Angeles. A protégé of Erté, Abbe chose and mastered glass etching early, and throughout his short career created some of its finest examples—museum quality carved glass panels, windows, and freestanding screens executed in the Art Deco style throughout the 1970s and 1980s.

While he worked primarily in one style, Abbe’s understanding of art was hardly limited. His scholarship, and his command of a wide variety disciplines and schools, from classicism to contemporary, were well known, and the enthusiasm with which he brought this encyclopedic knowledge of history and art to bear on each of his interiors earned him a coterie of well-heeled clients. Strong in his conviction that it was “important to make people feel pampered and special,” he executing lavish, luxurious residential and commercial spaces throughout North America, but particularly in New York and Miami. Often, his own glass etchings or his paintings were integral to the projects, as when he designed Rainbows, a restaurant in Miami, painting the walls in murals of acrylic and gold leaf. The much-lauded project was published in Interiors in 1981. At its height, Abbe’s firm had offices in New York and Toronto.

Not only was Dennis Abbe a once in a generation artist and designer, he also had a great gift for bringing people together. As much through his personal influence as through his unrivaled work, Abbe promoted the arts, and especially his beloved Art Deco style. He was instrumental in the resurgence of popularity it enjoyed in the 1980s and 1990s. He was a founder of The Art Deco Society of New York (started in 1980), was unanimously selected to be the society’s first President, and even designed the society’s official poster.

A ceremony was held at Cooper Hewitt National Design Museum after Abbe passed away in 1995. In his short but remarkable life he was presented with the Key to Kyoto, Japan, appeared on the BBC, and was featured in numerous publications including the New York Times and Italian Casa Vogue. His works are held in dozens of prominent private collections around the world. 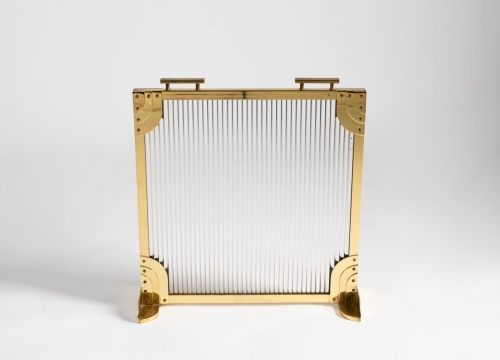 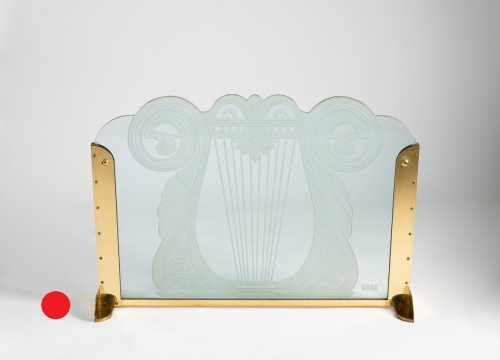