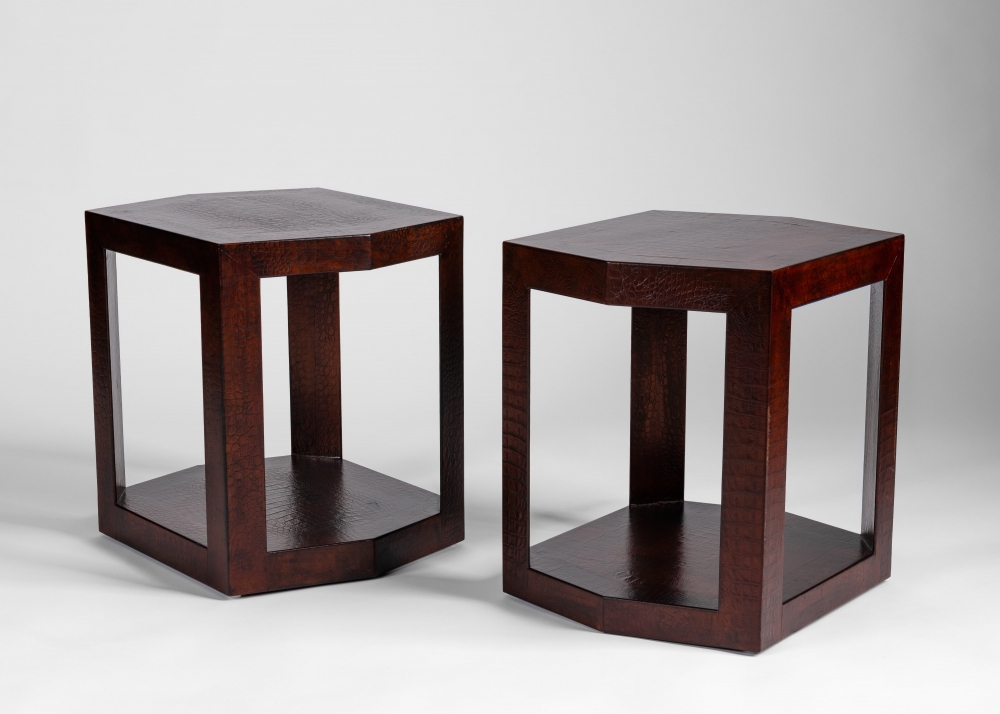 Karl Springer was born in Berlin 1931, and immigrated to the US in 1957, settling in New York with the hope of becoming a bookbinder. Given a job at Lord & Taylor, he applied his unique skill-set to the creation of small, decorative objects covered in fine leathers, skins, and other exotic materials. His handmade designs earned him distinction, and soon Bergdorf Goodman was carrying his work as well.

By establishing a steady (and wealthy) clientele Springer was able to open his first workshop. Though his enterprise was small, the high quality of his work enabled him to move into furniture production. By 1965, his designs were so popular he was able to make furniture his primary focus. In later years he modestly attributed the rapidity of his development to the attentions and support of the Duchess of Windsor. The Duchess discovered his work early, and as his first serious collector, recommended him to friends and acquaintances alike.

Mr. Springer's quest for high quality imbued his work with an unrivaled sense of scale and proportion, and his attention to detail and devotion to uncompromising craftsmanship won him respect throughout the design industry. His work was sought out by the best designers of the two decades to follow, finding its way into the homes of, among others, Jackie Onassis, Diana Ross, and Frank Sinatra. By the 1970s he had opened a large showroom in New York City; galleries in Miami, Los Angeles and Tokyo were to follow. His business, Karl Springer Ltd., would, by the nineties, have outlets in Munich and Chicago.

Obsessed with craft, Springer recruited the best workers from around the world; when they wouldn’t come, he went to them, traveling far and wide to oversee the execution of his designs. His travels had the added benefit of providing inspiration for new forms and materials. His voracious appetite for design knowledge can be seen in his work, which is influenced by a wide variety of aesthetics, from the more contemporary Bauhaus, to those of ancient China and the Ashanti of Africa.

Springer’s primary aesthetic influence, however, was Art Deco, and his work is heavily indebted to its greats, like Émile-Jacques Ruhlmann and Jean-Michel Frank. His work possesses the beautiful simplicity of their simple forms, and incorporates, like theirs, exotic and luxurious materials. Springer was, for instance, responsible for reviving interest in shagreen, fallen out of favor since its popularity in the 20s, and was one of the first designers to bring back lacquered parchment, inlaid-wood veneers, & faux finishes.

Karl Springer died in 1991 at the age of 60 of an AIDS related illness. 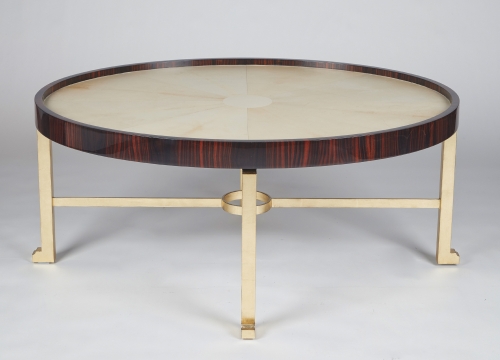 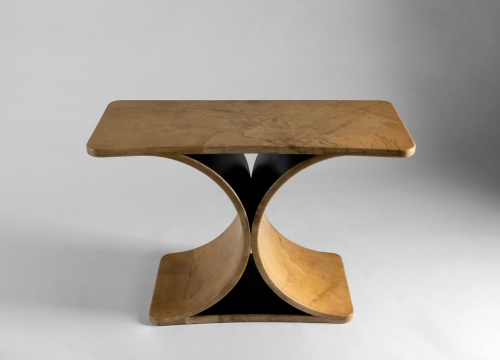 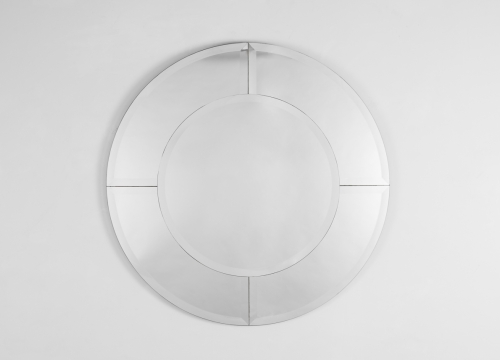 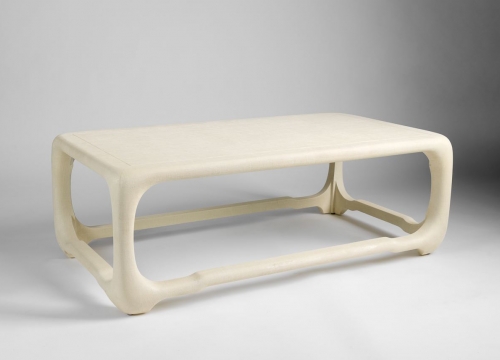 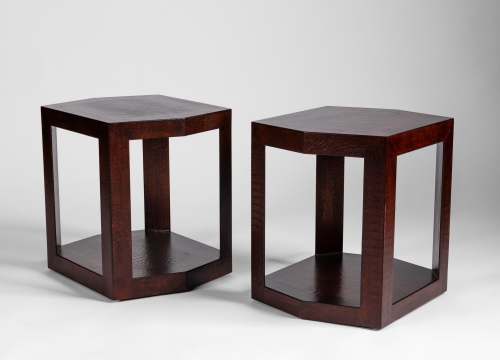 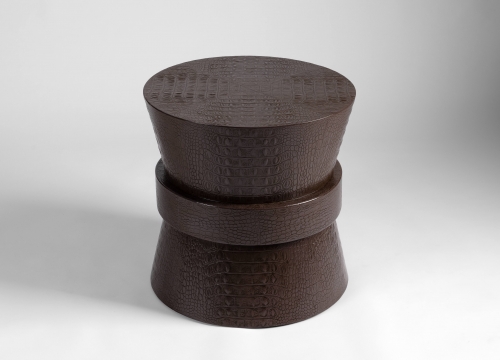 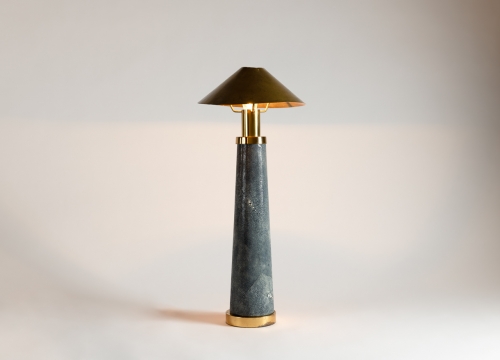 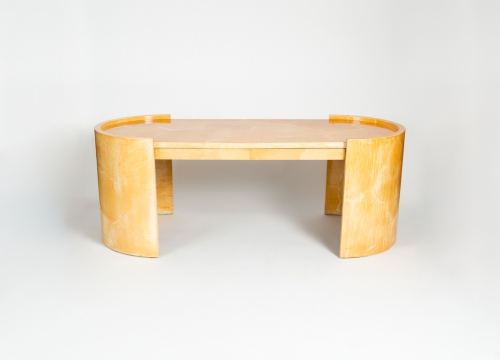 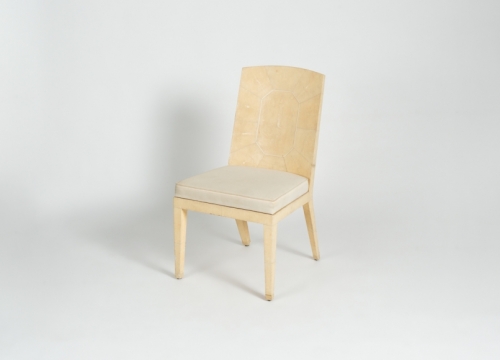 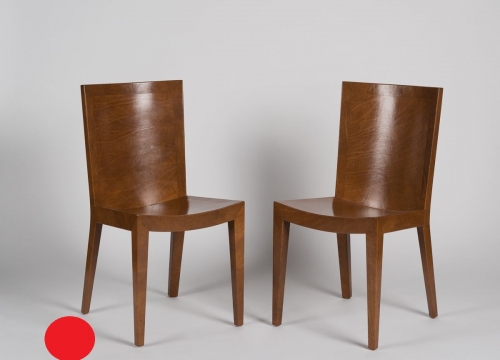 Karl Springer
Pair of Modernist Side Chairs United States, 1986 SPRING 03
Back To Top